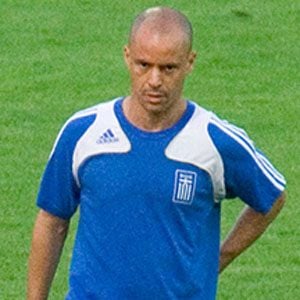 Footballer known around the world thanks to his talent and repeated success on the field with Olympiacos, the national team, and Bolton Wanderers.

His youth career was spent with Fostiras Kesarianis and Ethnikos Asteras in 1991 and 1992.

His father was retired footballer Alekos Giannakopoulos whose heyday was in the 1960s.

He and Akis Zikos played for the Greece national team around the same time.

Stelios Giannakopoulos Is A Member Of