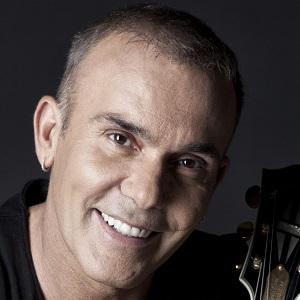 Certified platinum and gold selling artist who released 15 albums in 20 years between 1993 and 2013.

His professional career as a singer and guitarist began in 1984 in Lemnos.

He has collaborated with numerous Greek artists such as Giannis Parios, Antonis Remos, and more.

He started playing alongside his son Dimitri Rocco, a guitarist, in 2008.

He shared a stage with composer Goran Bregovic in 2002.

Stelios Rokkos Is A Member Of