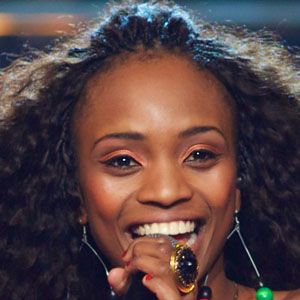 Kenyan-born Norwegian vocalist, rapper, and songwriter who won the Melodi Grand Prix in 2011. Her numerous other honors include a Kisima Award and a Clops Award.

She lived in Kenya until the age of five, at which point she and her family relocated to a small town in Norway.

Her songs were used in such films as American Pie Presents: The Naked Mile and Save the Last Dance 2.

During their childhood in Norway, she and her siblings studied the language, poetry, and music of their native Kenya.

Her music was featured on Scrubs, a television series that starred Zach Braff.

Stella Mwangi Is A Member Of