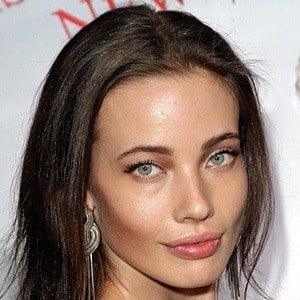 Danish actress who first rose to fame portraying Joanna Wellick in the acclaimed series Mr. Robot. She then joined the cast of the CW's Legends of Tomorrow as Valentina Vostok.

She cultivated an international modeling career following her discovery at the Supermodel of Scandinavia contest at thirteen years old. She would eventually grace the pages of GQ, Vanity Fair, Vogue, and numerous other magazines.

In 2013, she made her acting debut alongside Gemma Arterton and Jeremy Renner in Hansel & Gretel: Witch Hunters.

She was married to Danish rapper Orgi-E until their divorce in 2011.

As a main cast member on Mr. Robot, she stars opposite Emmy-winning star Rami Malek.

Stephanie Corneliussen Is A Member Of