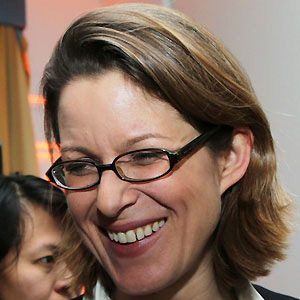 Journalist who served as the BBC editor of economics and later became chief European market strategist for J.P. Morgan.

She studied politics, philosophy, and economics at Balliol College, University of Oxford, and later attended Harvard University on a Kennedy Scholarship.

She was born into a family of journalists: her grandfather, Claud Cockburn, and her uncles, Alexander, Patrick, and Andrew Cockburn, all had journalistic careers. Her sister, Laura Flanders, also worked as a journalist in the United States.

She and her partner and fellow journalist, John Arlidge, became parents to a son in 2006 and a daughter in 2008.

Her cousin, Olivia Wilde, became a popular film and television actress. Stephanie Flanders' father, Michael Flanders, also had a career as an actor.

Stephanie Hope Flanders Is A Member Of