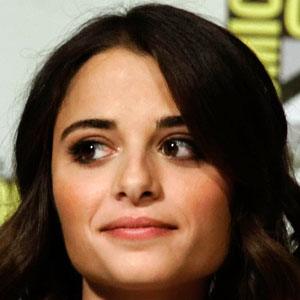 Known best for her series regular role as Irisa Nyira on the Syfy series Defiance, Leonidas also acted in episodes of such British television shows as Holby City and Eternal Law. In addition, she played major roles in several made-for-TV films, including Daddy's Girls and Ordeal by Innocence.

Before beginning her screen acting career at the age of nine, she appeared in several community theater productions. She later acted in professional stage productions of The Sugar Syndrome and Influence.

She played the role of Mina Murray in a 2006 television adaptation of Dracula.

She and her siblings Georgina and Shane (both actors) and Helena grew up in London as the children of an English mother and a Greek Cypriot father.

She and Lysette Anthony played the respective series regular roles of Della Wells and Roxanne Doyle on the ITV soap opera Night and Day.

Stephanie Leonidas Is A Member Of