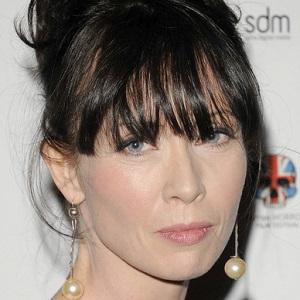 English film and television actress who became popular in for her roles in Krull in 1983 and Dracula: Dead and Loving It in 1995.

She was a successful model from age 16 to 20 before she started acting.

She has appeared in numerous music videos for the singer Bryan Adams.

She has been married multiple times and had a son with former partner, Simon Boswell.

She appeared opposite Rik Mayall in the film The New Statesman.

Lysette Anthony Is A Member Of