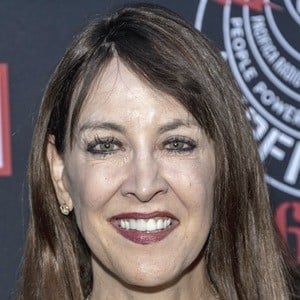 She began as a stand-up comedian, performing at the Laugh Factory in Hollywood and in clubs around New York.

She played herself in the Gwyneth Paltrow hit film, View from the Top.

Her father, William E. Miller, is a former U.S. Representative and a one-time presidential running mate.

Al Gore got her a program on Current TV, the network that he owned and operated.

Stephanie Miller Is A Member Of