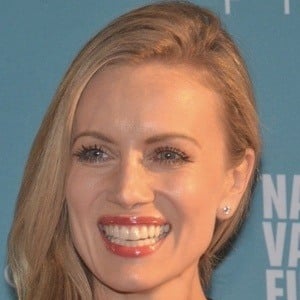 Actress who rose to fame for her role as Daphne Pryce in the television drama The Royals. She has also been known for recurring roles on the hit HBO series Entourage, as well as Strike Back and Among Friends.

She landed her first big break in theatre as Miami in the Sam Shepard play Seduced.

She was a year-round athlete growing up and received a scholarship to play basketball and volleyball at a junior college.

She was born and raised in Nebraska. She studied physiology in college.

She has worked alongside UK export Elizabeth Hurley in The Royals.

Stephanie Vogt Is A Member Of