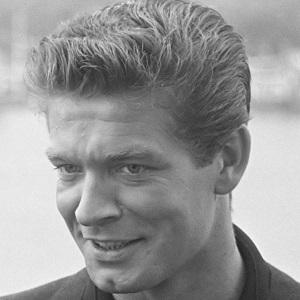 He grew up in Northern Ireland with eight siblings. In his early adulthood years, he worked at travel and insurance agencies during the day and pursued a career as a theatre actor in the evenings.

He was the original choice for the role of Marc Antony in the film version of Cleopatra; however, following a delay in production, Richard Burton was re-cast in the role.

His first wife was Mary Mariella di Sarzana. Following his 1959 divorce, he married Elizabeth Mills, who remained his wife until his sudden death at the age of forty-five.

He was discovered by Michael Redgrave, who helped him make a name for himself in the British theatre world.

Stephen Boyd Is A Member Of