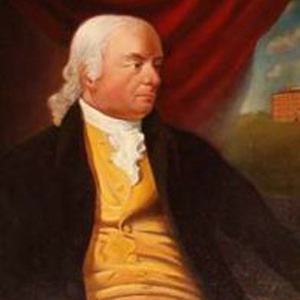 Four term Rhode Island governor and Chief Justice who signed the Declaration of Independence. He was notably the great grandson of an original settler from England.

He was an intellectual child interested in astronomy, math, literature, and the sciences.

A fictional musical called 1776 was made around his leadership roles.

He had seven children with his wife Sarah Scott and later married Anne Smith, after Scott's death.

He signed the Declaration of Independence, alongside Thomas Jefferson.

Stephen Hopkins Is A Member Of