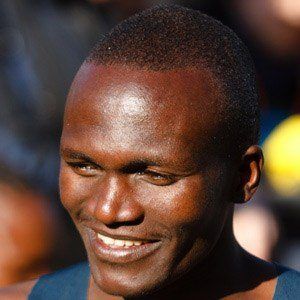 He looked up to John Akii-Bua, the only previous Ugandan Olympic gold medalist.

His parents were subsistence farmers, and he is the youngest of seven children.

Stephen Kiprotich Is A Member Of