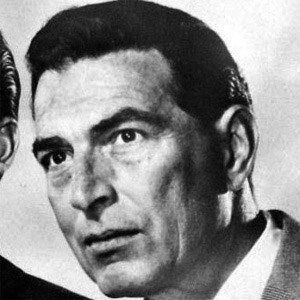 Remembered for his roles in numerous 1940s and '50s western-themed and action movies, McNally most famously appeared in No Way Out, Winchester '73, Split Second, and Johnny Belinda. His television credits include guest appearances on The Texan, Crossroads, and Wagon Train.

Before becoming an actor, he worked as a lawyer. His earliest performances were roles in stage plays and uncredited appearances in films of the World War II era.

He and Robert Harland co-starred in a short-lived 1960s crime series called Target: The Corruptors!

Born Horace Vincent McNally, he grew up in New York, New York. After moving to Los Angeles and beginning his acting career, he changed his name to Stephen McNally.

Stephen McNally Is A Member Of