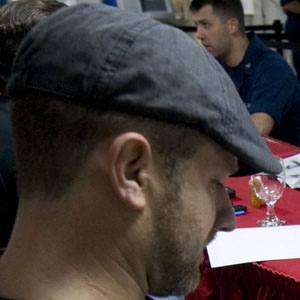 Though he was also employed by Warner Brothers, this animator is perhaps most famous for his work on the Disney Channel series Kim Possible and the Nickelodeon series Danny Phantom.

Before becoming an animator, he worked as an amusement park caricature artist.

He designed characters for Nickelodeon's The Fairly OddParents series.

He contributed to a Kevin Smith-produced ABC and Comedy Central program called Clerks: The Animated Series.

Stephen Silver Is A Member Of