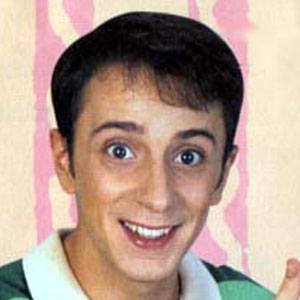 Co-creator and original host of Nickelodeon's children's program Blue's Clues, starring in over 100 episodes of the popular animated show.

In high school and college, he founded and was a member of many small rock bands.

He left Blues Clues to pursue a music career.

He has two sisters named Jennifer and Karen.

He made his first successes by making appearances on shows like Law & Order with Jeremy Sisto.

Steve Burns Is A Member Of