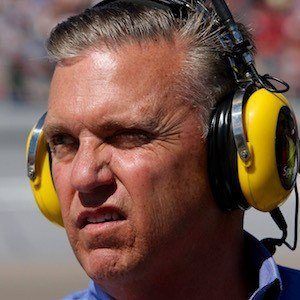 NASCAR television announcer and producer who worked with Fox NASCAR as a pit reporter before becoming the host of the studio show NASCAR Race Hub.

Upon graduating from the University of Maryland in 1981, he became a sports producer and covered several NFL teams. He became involved in auto racing in 1985.

He was diagnosed with a recurrence of head and neck cancer in September of 2014.

He was married to Karen Byrnes with whom he had a child named Bryson. Bryson completed his father's ballot for the 2016 NASCAR Hall of Fame after Steve passed away.

Steve Byrnes Is A Member Of