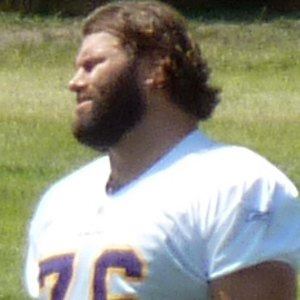 Seven-time Pro Bowl guard who is best known for his tenures with the Seattle Seahawks and Minnesota Vikings. He officially retired in March 2013 after playing for 12 seasons with both teams.

He played for the University of Michigan Wolverines between 1996 and 2000 as a starter. He earned first-team All-American honors as a senior in 2000.

He won the NFC Championship before losing in the Super Bowl in 2005 as a member of the Seattle Seahawks. He was subsequently named to the NFL's All-Decade team for the 2000s.

He and his wife, Landyn, have two children together.

He played for renowned Michigan head football coach Lloyd Carr during his time there.

Steve Hutchinson Is A Member Of