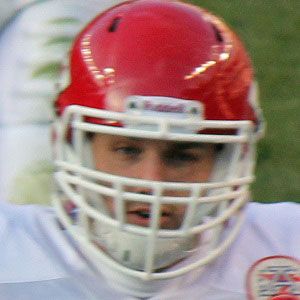 Tight end who has played for teams like the Kansas City Chiefs and New England Patriots. He made his NFL debut for the Patriots in 2010 after going undrafted out of Temple University.

He attended Saddle Brook High/Middle School in New Jersey, where he was also a varsity basketball player.

He was a Third-Team All-Mid-American Conference selection in his senior season with the Temple Owls.

His parents are Anthony and Sue Maneri.

He has been teammates with fellow tight end Rob Gronkowski in New England.

Steve Maneri Is A Member Of