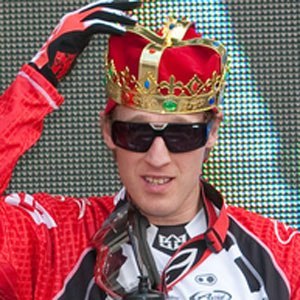 Downhill mountain biker who won the Mountain Bike World Cup in 2002, 2004, and 2006. He is also an eight-time winner of the Lisboa Downhill in Portugal.

He previously worked as a plumber.

He has sons named George and Jake with Adele Croxon.

He and Greg Minnaar were both members of the Santa Cruz Syndicate racing team.

Steve Peat Is A Member Of