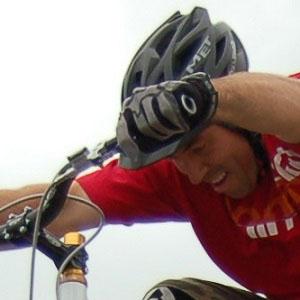 Mountain biking pioneer who became a World Expert Biketrial Champion and is widely credited with helping to popularize the sport of mountain biking across the globe. In 2013, he suffered a significant spinal injury during a trials demo at the British Moto GP and was left paralyzed from the waist down.

He got his start as a motorcycle trials rider before switching to mountain bike trials. He became the face of The Bike Tour in 2002.

His 2012 YouTube video "Road Bike Party" went viral, earning more than 11 million views. A sequel to the video was posted in 2013.

He married a woman named Lisa and has a son.

Martyn Ashton Is A Member Of