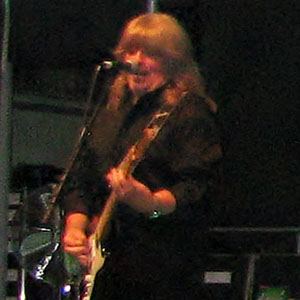 English bass player and founder of the band The Sweet. He played on their debut album Funny How Sweet Co-Co Can Be in 1971.

He formed The Sweet with his fellow band members in 1968.

He published an autobiography called Are Your Ready Steve? in 1994.

He married Maureen L. O'Connor and the couple had two daughters, Danielle and Margaret.

He was influenced by Mick Jagger and the Rolling Stones.

Steve Priest Is A Member Of