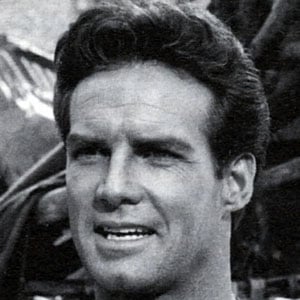 Bodybuilder-turned-actor who became one of the highest paid entertainers in all of Europe in the 1950s. His films include Jail Bait, The Last Days of Pompeii, and The Trojan Horse.

He earned the triple crown of Mr. America, Mr. World, and Mr. Universe by the age of 25.

He married Aline Czarzawicz in 1963.

He inspired Sylvester Stallone and many other muscular stars.

Steve Reeves Is A Member Of