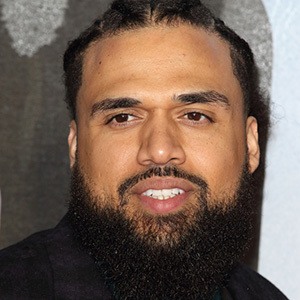 Film director who rose to massive fame for his work directing the hit 2018 sports drama Creed II with Michael B. Jordan. He wrote and directed the 2016 film The Land that premiered at that year's Sundance Film Festival, and was named by Forbes as one of the 30 Under 30 in Hollywood & Entertainment in 2017.

He graduated from Baldwin Wallace University with his bachelor's degree. He later earned his master's from USC's School of Cinematic Arts in 2013.

He was named by The Playlist as one of the top 25 breakthrough directors of 2016. His 2013 student film A Different Tree won the HBO Short Film Competition.

He was originally born and raised in Cleveland, Ohio.

He worked with Machine Gun Kelly, Erykah Badu, and Nas during the making of his breakthrough 2016 film The Land.

Steven Caple Jr. Is A Member Of