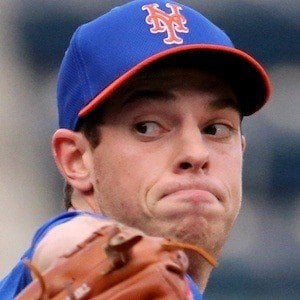 Pitcher who was selected 72nd overall in the 2009 MLB Draft by the New York Mets and became one of the team's top minor league prospects by 2014. He made his MLB debut in 2015 and helped the Mets reach the 2015 World Series.

He started taking pitching lessons at the age of 10.

He split the 2014 season with the Class A-Advanced St. Lucie Mets and the Class AA Binghamton Mets, posting quality numbers while being named the Mets' Organizational Pitcher of the Year.

He was born in Stony Brook, New York and raised alongside his older brother and younger sister. In 2017, he married singer Taylor Cain.

He and star pitcher Matt Harvey both came up through the Mets' organization.

Steven Matz Is A Member Of