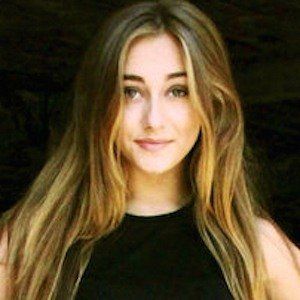 Best known as the lead dancer in the Ever After High music video. She has been seen on The X Factor (US) and starred in Just Dance Kids 3. She has a strong social media presence, amassing over 400,000 Instagram followers.

She began dancing when she was two years old.

She is an accomplished dancer, with several soloist awards in many styles.

She was a dancer in the music video for Cody Simpson's "Pretty Brown Eyes."

Stevie Doré Is A Member Of