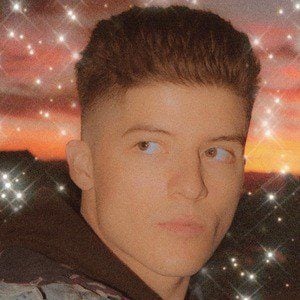 American TikTok star who primarily posts dancing and lip-sync videos to his ondreazlopez account. He has earned over 21 million fans on TikTok. He and his younger brother Tony Lopez are known collectively as the Lopez Brothers across social media.

He originally posted to his TikTok page back in March 2019.

He appeared on Showtime at the Apollo with Steve Harvey. He is active on Instagram, posting selfies and other pictures of himself. He also often features friends such as Charli D'Amelio and Addison Rae on his Instagram feed.

Originally from Colorado, he later moved to Nevada. In addition to his younger brother Tony, he also has an older brother named Xavier. He dated Instagram star Hannah Stocking.

He and his brother became part of the collaborative social group The Hype House alongside Chase Hudson, Nick Austin and other popular social influencers in 2019.

Ondreaz Lopez Is A Member Of