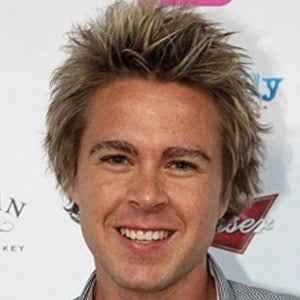 Singer and actor most well known as a former member of the children's pop group Hi-5 and a brief star of the group's television series Hi-5 House. He was also a cast member on the television series Verbal Combat.

He made his debut with Hi-5 in 2007 after former member Tim Harding was injured in a motorcycle accident and could no long perform with the group. He'd been hired mere days beforehand as an understudy.

He was born and raised in Melbourne where he eventually studied at St Kevin's College.

While a member of Hi-5, he performed alongside Casey Burgess, Lauren Brant, and Dayen Zheng.

Stevie Nicholson Is A Member Of