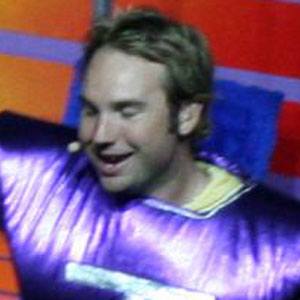 Australian singer and former cast member of the Australian television show, Hi-5. He was with the group from 1998 until he had a motorcycle accident in 2007.

In 2008 he married Natasha Harding and they later welcomed a child.

Tim Harding Is A Member Of