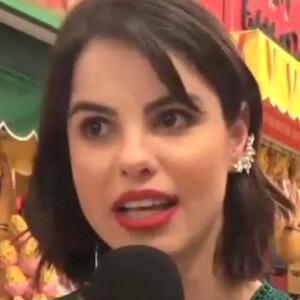 Notable for her roles as Dandara Silveira, Kelly Toledo Mattos, and Dulcina Botiquario on the respective Brazilian television series Comecar de Novo, Paginas da Vida, and Desejo Proibido, she is also known for her work in the films As Vidas de Maria (2005) and Misteryos (2008).

She made her television debut as the character Hannelore in the television series Chiquititas Brasil.

She appeared in Brazilian stage productions of Novica Rebelde and Magico de Oz.

She was born and raised in Sao Paulo, Brazil. She and her husband, professional soccer player Alexandre Pato, married in 2009 and separated in 2010.

She and Bruna Marquezine are both well known Brazilian television actresses.

Sthefany Brito Is A Member Of