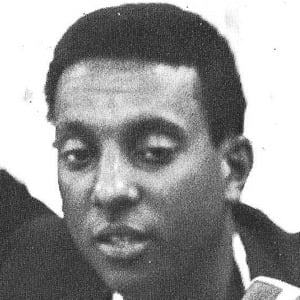 Remembered for his leadership in the Black Power movement of the 1960s and 1970s, this civil rights activist participated in the famous "Freedom Rides" of the early 1960s and later became involved with the Black Panther Party.

While studying philosophy at Howard University, he led his school's chapter of the Student Nonviolent Coordinating Committee (SNCC).

In the early 1970s, he broke ties with the Black Panther Party and traveled widely throughout Africa, adopting the name of Kwame Ture.

He was raised in Trinidad and Tobago and, later, in New York City. His first marriage was to South African singer Miriam Makeba; he later married Guinean physician Marlyatou Barry.

Stokely Carmichael Is A Member Of