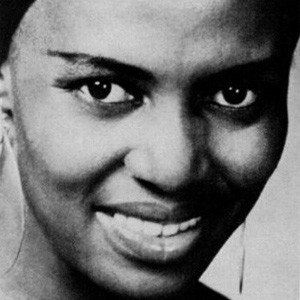 South African Grammy Award-winning singer and civil rights activist who worked against the apartheid and released the hit "Pata Pata."

Her mother was jailed for illegally selling an alcoholic beverage, umqombothi. She was a member of the Manhattan Brothers, a jazz group.

She won a Grammy Award for An Evening with Belafonte/Makeba.

She partook in the Nelson Mandela 70th Birthday Tribute in 1988.

Miriam Makeba Is A Member Of