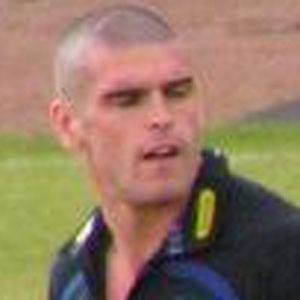 English rugby player who played for various clubs, including the Warrington Wolves from 2005 until 2009 and the AS Carcassonne beginning in 2012.

He first played rugby for the Bradford Bulls in 2000.

A model as well as a rugby player, he participated in a 2013 advertising campaign for an Australian swimwear company.

He was raised in Bradford, England.

He and Andrew Hore both had professional rugby careers.

Stuart Reardon Is A Member Of