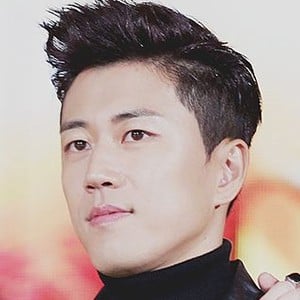 Pop singer who has been a member of the boy group, Sechs Kies in 1997 and the duet group, J-Walk in 2002. He has over 170,000 followers on his suwonjang Instagram account.

He went to a DSP audition with a friend as was selected for his looks and positive attitude.

He starred in the idol edition of Love and War in September 2013.

He wanted to marry his girlfriend in 2016, but YG Entertainment threatened to terminate his contract if he did.

He and the Idol group Boyfriend have appeared on Love and War.

Su-won Jang Is A Member Of