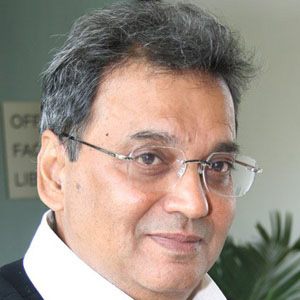 Director of epic films such as Karma, Pardes, and Saudagar, the latter of which earned him the Filmfare Best Director Award.

He started his career in Hindi cinema as an actor with small roles in films like Taqdeer.

His films Pardes and Taal were released internationally and ranked in the top 20 at the U.S. box office for several weeks.

His father was a dentist who practiced in Delhi.

He and Raj Kapoor both won Filmfare Awards for Best Director.

Subhash Ghai Is A Member Of