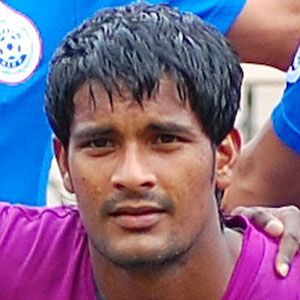 Indian soccer player best known as the goalkeeper for teams like Pune FC and the Indian national team. He was voted as the best goalkeeper in the I-League in 2007.

He was born in Sodepur and honed his soccer skills at the Tata Football Academy.

He was suspended for nine months in 2004 after a tragic on-field collision with Dempo player Cristiano Junior resulted in Junior losing his life.

His parents are Pranballav and Laxmi Pal. He has a sister named Sujata.

He was teammates with Sunil Chhetri on the Indian squad which competed at the 2011 AFC Asian Cup.

Subrata Paul Is A Member Of