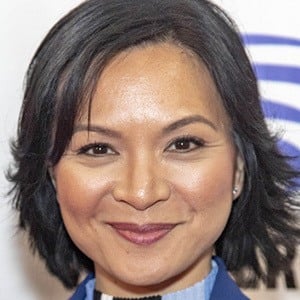 Television and voice-over actress who could be hear in the television shows The Casagrandes, Kung Fu Panda: The Paws of Destiny, The Loud House and Beware the Batman, among others. She also provided her voice for video games including Saints Row IV, Dead Island and Skylanders: Spyro's Adventure.

Prior to acting, she worked as an investment bank analyst. She did, however, do acting as an extracurricular in high school. She graduated from Harvard University as a U.S. Fulbright scholar..

For three seasons, she could be seen playing Duvata Mahal in the series ER. She booked a guest-starring role in This Is Us.

She was born Sua Sue in Ohio. She is of is of Filipino and Thai descent and spent some years in Bangkok, Thailand.

She and Izabella Alvarez were both cast in the series The Casagrandes.