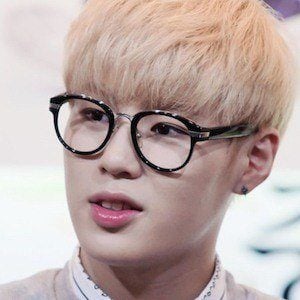 Singer who first rose to fame as a member of the South Korean boy band Hotshot. He would go on to compete on the second season of Produce 101 and, as a result, join the group Wanna One.

He auditioned for JYP Entertainment in 2010 and later joined Hotshot in 2014.

In 2015, Hotshot released their debut EP Am I Hotshot? which peaked at #11 on the Korean charts.

He was born and raised in Goyang, South Korea.

He is a part of the Produce 101 group Wanna One alongside Hwang Min-hyun and Park Ji-hoon.

Sung-woon Ha Is A Member Of