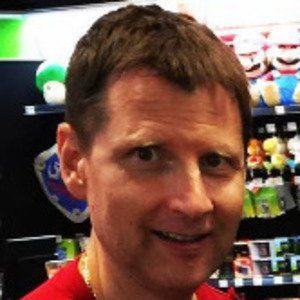 Father of sons Robert-Andre and William-Haik who he features on his family YouTube channels jeffmara and happyfamily1004. He occasionally appears on the channel alongside his sons.

He launched his jeffmara channel in July of 2006 and initially used the channel to upload music footage of himself playing guitar.

The jeffmara channel which he created became a sensation after he began featuring his kids. The channel has earned more than 500,000 subscribers. He briefly ran a cooking channel as well.

His first name is Jeff and his wife's name is Mara.

Super D Is A Member Of