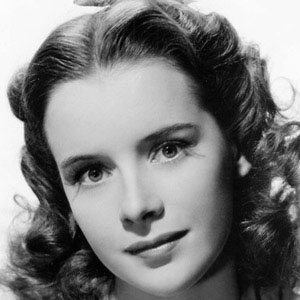 She was nominated for an Academy Award for Best Supporting Actress for her role in the 1942 film Random Harvest.

She started working with MGM Studios directly out of high school, reading lines with auditioning actors.

She was paralyzed from the waist down due to a duck hunting accident in 1945.

She married actor Richard Quine in 1943.

She co-starred in Random Harvest with Ronald Colman.

Susan Peters Is A Member Of