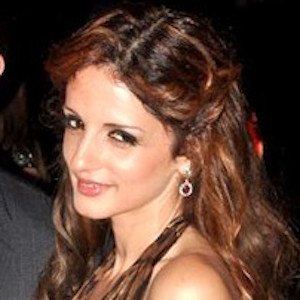 Best known as the daughter of Bollywood film icon Sanjay Khan. She was born the youngest of his daughters, and second youngest offspring.

Her father rose to prominence via his producing, directing, and performing in various Bollywood film projects. His career spanned over 4 decades, and in 2009, he received the The Lifetime Achievement Award from Screen Star.

She obtained an art degree in interior design from Brooks College in Long Beach, California. She was formerly married to Indian actor Hrithik Roshan from 2000 through 2014.

She was born and raised in Mumbai, India. She has three siblings, Farah, Zayed, and Simone.

Her father appeared on screen alongside such greats as Ashok Kumar.

Sussanne Khan Is A Member Of