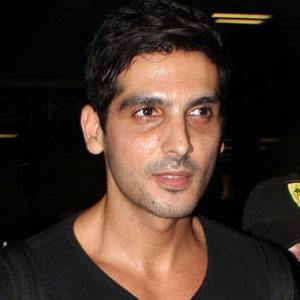 Indian actor who is known for appearing in Hindi films such as Main Hoon Na and Mission Istaanbul. He has been nominated for two Filmfare Awards for his work.

He majored in Business Management at the University of Washington and Film Making at London Film Academy.

He was nominated for a Zaa Cine Award in 2004 for Best Male Debut.

He married Malaika Parekh in 2005 and they have two sons. His parents are Zarine and Sanjay Khan and his siblings are Simone, Farah and Sussanne.

He appeared in the 2012 film Tezz starring Anil Kapoor.

Zayed Khan Is A Member Of