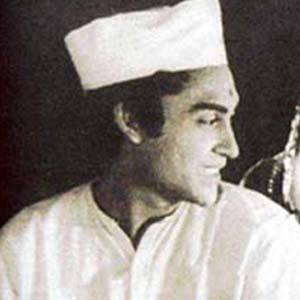 Fondly known as Dadamoni, he was an iconic Indian actor who played roles in Kismet, Parineeta, and Aashirwad. He achieved a legendary status for his performances in films such as Jewel Thief, Kismet, and Khoobsurat, and received the Filmfare Lifetime Achievement Award in 1995.

His first acting role came in Jeevan Naiya in 1936 after the original lead actor was dismissed from production.

He was given the Dadasaheb Phalke Award, India's highest award for cinematic excellence, in 1988.

His father, Ganguly, was a lawyer.

He beat out Guru Dutt to win the 1963 Filmfare Award for Best Actor.

Ashok Kumar Is A Member Of