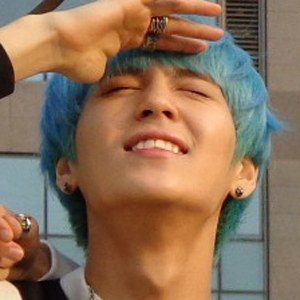 South Korean pop star best known as a singer and dancer for the popular boy band Boys Republic. He and the band became breakout stars in 2013 with the release of their chart-topping debut single "Party Rock."

He attended HanGwang High School and, later, Konkuk University. Before joining Boys Republic, he was affiliated with Big Hit Entertainment.

He has acted on the television dramas Alchemist and My Wife's Having an Affair This Week.

He has been friends with singer Jung Dae-hyun from the band B.A.P.

Suwoong Is A Member Of