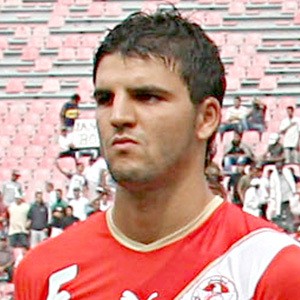 Center back who has gained fame for his international club career, including with ES Tunis between 2009-2011. He won the Tunisian Ligue, CAF Champions League, and Tunisian Cup in 2011 with the club, and later signed with Kasımpaşa in 2017.

He played in Bastia's youth academy between 2004-2009. He made his professional debut with the club's senior squad in 2008.

His spell with Romanian club Astra Giurgiu between 2012-2015 was marked with wins at the Cupa României and Supercupa României in 2014. He also led the club to a runner-up finish in the 2014 Liga I.

While born in France, he is of Tunisian descent.

He and Bassem Srarfi played together as teammates for Tunisia's 23 man roster at the 2018 FIFA World Cup.

Syam Youssef Is A Member Of