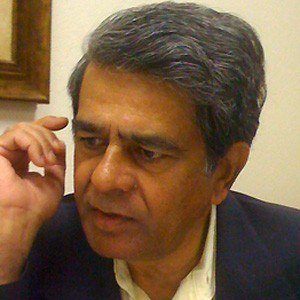 He held numerous odd jobs in his younger years, working for a time as both a woodcutter and a newspaper seller in the bazaars.

He edited nine scientific and literary magazines and published more than two hundred books over the course of his career.

He and Musharraf Farooqi were both celebrated Pakistani authors.

Syed Qasim Mahmood Is A Member Of