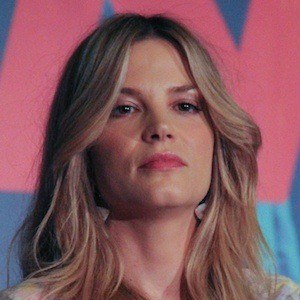 Dutch actress who rose to worldwide fame for her role as Luv in the 2017 thriller film Blade Runner 2049. She had previously appeared across Dutch TV in the series Overspel as Iris between 2011-2015 in more than 30 episodes.

She began her career in entertainment as a model for Elite Models at age 14. She subsequently graduated from the Maastricht Theatre Academy.

She earned the prestigious Dutch Golden Calf award for her performance in the 2007 film Duska. She also appeared in the 2017 film Renegades alongside JK Simmons.

She was originally born and raised in the Netherlands.

She starred alongside Ryan Gosling in the 2017 film Blade Runner 2049.

Sylvia Hoeks Is A Member Of