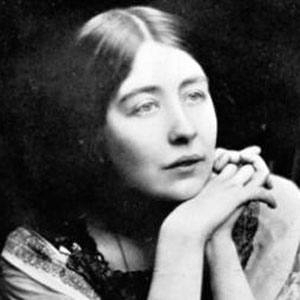 This early twentieth-century British suffragist leader was a prominent member of both the Women's Social and Political Union and the Labour Movement. She later founded a socialist political party known as the East London Federation of Suffragettes and went on to establish the Communist Workers Party.

She and her suffragist sister, Christabel, grew up in Manchester, England, as the daughters of Emmeline and Richard Pankhurst.

She established a publication called Women's Dreadnought (later titled Workers' Dreadnought) that expressed her opposition to World War I.

Her decades-long relationship with anarchist Silvo Corio resulted in a son, Richard Pankhurst, who was born when she was forty-five years old.

Though a communist, she disagreed with many of the ideas of Russian leader Vladimir Ilyich Lenin, endorsing instead the political theories of council communism advocate Antonie Pannekoek.

Sylvia Pankhurst Is A Member Of