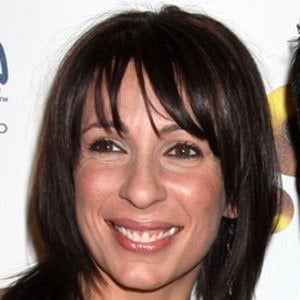 Dancer and one-half of the choreographing duo Nappytabs with her husband Napoleon. They are best known for their lyrical hip-hop choreography as seen on the show So You Think You Can Dance. They also own the urban dancewear line Nappytabs.

She and her husband met while attending the University of Nevada. They have been working in the dance industry since 1996.

She and her husband have served as choreographers and executive producers for America's Best Dance Crew.

She grew up an only child in Galloway Township, New Jersey. Her mother enrolled her in jazz classes from a young age.

She and her husband have aided in live tours for artists such as Christina Aguilera and Ricky Martin.

Tabitha D'umo Is A Member Of