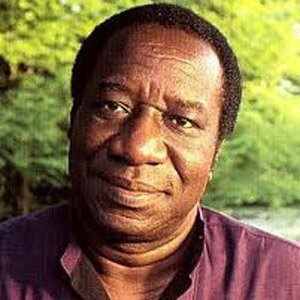 Influential African singer and songwriter who became the leader of Orchestre Afrisa International.

He wrote his first song when he was fourteen years old and joined a band after graduating high school.

He contributed to the album Gombo Salsa by Africando in 1996.

He is the father of the well known French rapper Youssoupha and Melody Bel Ley.

Tabu Ley Rochereau Is A Member Of