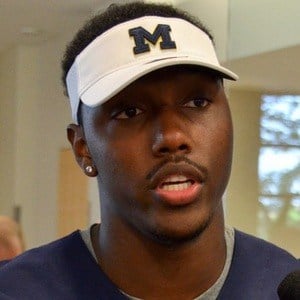 First team All-Big Ten defensive end for the Michigan Wolverines who was drafted late in the 1st round of the 2017 NFL Draft by the Dallas Cowboys.

He played both basketball and football at Pickerington High School Central.

He didn't become a full-time starter for the Wolverines until his senior season. He earned a degree in general studies after graduating from Michigan's College of Literature, Science and the Arts.

His real first name is Vidauntae.

Taco Charlton Is A Member Of